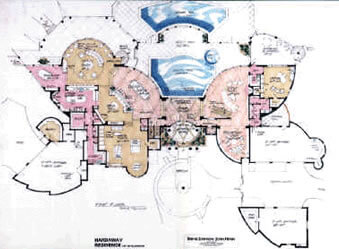 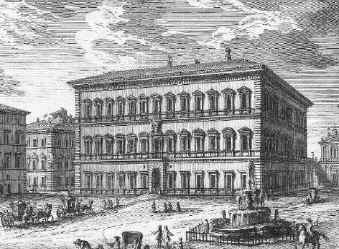 Architect's own design for a Modern Contemporary plan at left, Palazzo Farnese at right

Observation: building costs are rising due to complicated rooflines, costly flashing, and irregular foundation geometries due to seemingly whimsical floor plan angles and curves.  Have you wondered how we came to accept a status quo that is characterized by difficult to build and manage spec or custom plans that spell headache as a result of framing nightmares and delays?  It seems only a soft market can curtail the current extravagance and waste (design-wise) in much of the existing stock of move up and custom plans resulting in out of budget numbers.  To ward off the high costs of new home construction (and narrowing profitability for the builder/ developer) let’s look for a minute at exactly what we are building, and act sensibly now by examining precedence.  For wisdom in construction principles let us go back for the future.

Recall that our current ‘contemporary’ designs are really based on the thinking of late 19th century American Craft movement architects like McKim, Mead, and White, at times building for clients who did not have the resources of the Vanderbilts, in a free-form vernacular.  There was a backlash against the Greco-Roman model (on which was based our colonial style) by Americans of modest means, as it tended to be contrived and difficult to ‘fill out’, especially for starter and midsize homes.  The resulting ‘organic’ development of the plan (with no consideration for economy), thinking championed by FLWright and others, has led to many of today’s excesses resulting in much higher building costs per area enclosed.

Volvo’s catchy ad a few years back – ‘boxy but good’ -- was exactly the mentality of 15th-19th century architects and builders.  And there was a very good reason why.  While ancient Greek and Roman settlements tended towards houses being built on the principle of accretion, that is, one started a single room or two and then added as time and resources permitted, the great villas and palaces of subsequent years, through much of the 19th century, adopted a simple perimeter plan.  It was the great humanist revelation of the Italian Renaissance that prodded inquisitive builders to excavate the great Roman ruins beneath years of rubble.

What they found were temples and basilicas, palaces, etc. several of which they attempted to restore.  The great building programs of the Vatican resulted in churches, nobles’ palaces, and municipal assembly halls built upon the principles of ancient Roman grandeur.  The Romans developed the arch and concrete in which to mimic and exceed the great marble temples of their Greek brethren.  But they were also practical.

What was the physical result of the new building program?  The footprints of the new construction were almost always rectangular; the walls grew two to six stories straight up.  The entire structure received a simple hip roof, sometimes with gable ends.  Rectangles and square plans with little or no perimeter wall undulation and simple roofs meant two things: ease of construction, efficiency of materials, less room for error, and --- lower costs!  What they didn’t care much about at the time due to the great stone mass– energy efficiency – is now found to be related to building envelope geometry, among other factors. 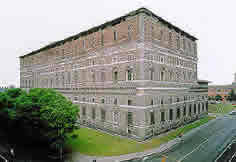 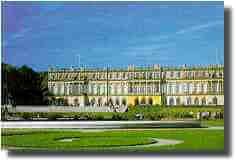 When rich urban merchants wished to leave their palace digs to build their villas in the countryside (our example of luxury homes in suburbia and high-end ‘gated communities’) they too adopted similar principles of design and construction.  A Vizentine architect named Palladio popularized the country villa by modeling several modestly constructed plans on the Greek and Roman temple form.  His contemporary architects and builders looked at the urban palaces (that omitted the column and pediment) to build a variety of exciting ‘luxury homes’.  No bay windows or octagons until the Gothic revival in this country.  ‘H’ and ‘L’ plans, all symmetrically disposed, was the overriding plan geometry.

The interesting observation about Renaissance design is that the exterior can be simple, a mark of propriety, while the interiors are open to the most lavish decorative effects.  Yes, there were temples in the round and Roman Caesars had some amazingly complex floor plans, such as Hadrian’s villa several miles out of Rome.  But expansive palaces are not our prototype here.

The influence of Italian and French designers, who continued the plans for Monarch and merchant, extends into our Gilded Age culminating in this country’s artistic zenith.  Like the builders several generations ago, effort was put into quality construction and finishes, not extravagant and arbitrary plan manipulation.  They were concerned about leaks, and cost of construction.  Their architects then could persuade them to put icing on the cake.  Our colonial forefathers built exactly in this way, and while too much of the salt box can be extremely monotonous, architects should be more careful of their client’s budgets, looking back at precedent occasionally to realize that a pleasing, interesting and beautiful overall aesthetic effect does not necessary demand wild plans and violent roof lines.

Recall the imperative of yesteryear’s modular construction principles.  Based on a regular grid and simple plan, construction components (plumbing, foundation, wall and roof design) yielded extreme efficiencies.  Construction costs were minimized and trades/ material suppliers recognized the savings and passed them onto the builder.  When was the last time a contractor could go to a framer or roofer and negotiate a better deal due to efficient design/ planning?  It is rare in a boom mentality to receive any discount it seems, and so the floor planning continues to get wilder.  Remember the modern movement: less is more (see photo below: Philip Johnson's glass and steel concoction).  Demand rational plans from your architect!

Yes, go back and study precedent to build a new future of efficiently constructed (for builders: more profitable) and elegant designs based on unerring tradition.  Not a bad idea.  The Neo-traditional movement is moving ahead at full steam.  Catch the train.

EXAMPLES OF 'BOXY BUT GOOD' APPLIED TO CURRENT CONTEMPORARY DESIGN!

See below NEW designs based on this theory: Villa America Rotonda @ 4-5,000 SF and below, Contemporary Deconstruction design @ 4,300 SF.  Bottom 2 designs are extended/simplified versions of the basic layout. 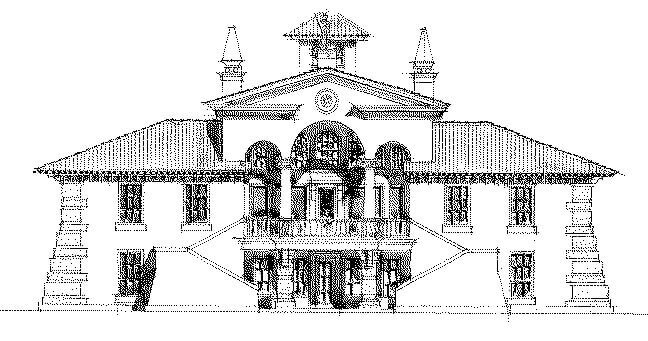 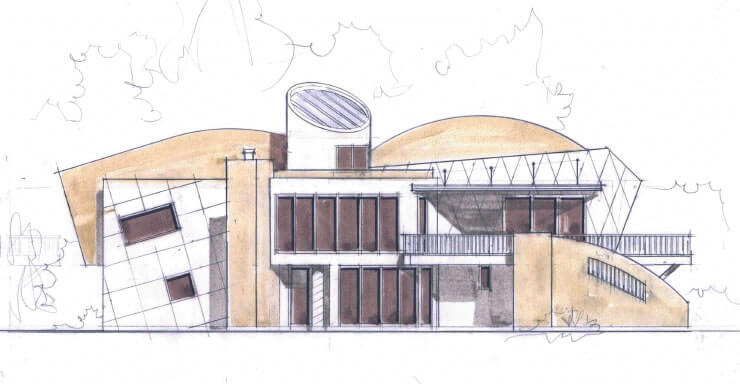 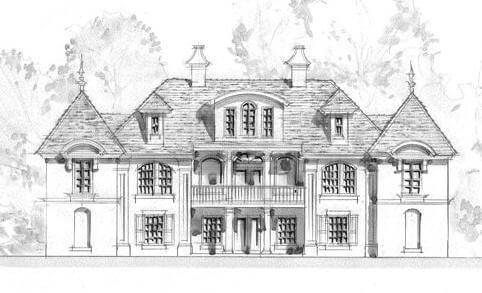 These two elevations, top and bottom, are from a new series to be published soon.  They are derived from the same plan @ approx. 3-4,000 SF.  Notice how period designs can be applied to the same base plan, one French, one Italian Tuscan. 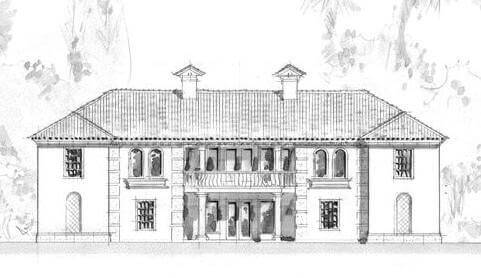 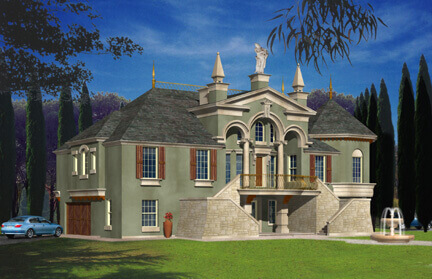 Can be customized in many ways: size, style, layout

Cost to purchase most existing plan designs is $4.90/ SF typ. for Permit Set drawings, $3.30/SF for Schematic Design only (see each description for plan contents/availability)

NOTE: We do not have plan books nor send copies of our floor plans unless we are under contract.  Please contact us to receive typical contract form, or set an appointment to view most of our work at our Orlando office.

Creating the American Luxury Home Available now on CD- rom. (click below left) This is a history of the luxury home with sections on working with an architect and builder, style, modern and traditional approaches, etc.  Also, companion volume: Dream Home Design Questionnaire and Planning Kit (click right below, available as PDF file via email) 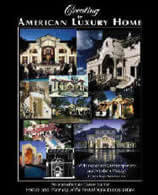